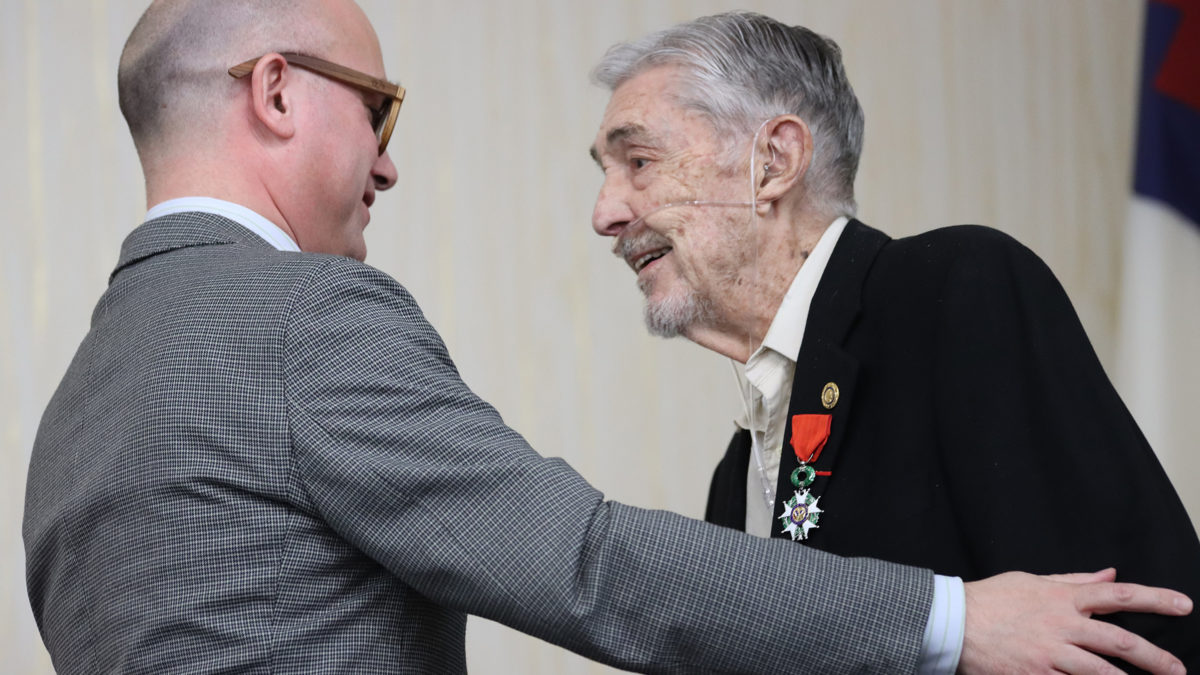 We were thrilled to be present as our own Friendship Village Sunset Hills’ resident Tony Snyder, 95, was awarded the French Legion of Honor medal Tuesday by Guillaume Lacroix, the French Consul General!

The honor carries with it the distinction of Knighthood and is given on behalf of the President of France.

Tony was being recognized for his service during World War II as a U.S. Army Sergeant in the 14th Armored Division (“The Liberators”) who helped liberate France to win WWII.

The French Legion of Honor medal is the highest award France can bestow on any Citizen of France or foreigner for Civil Acts or in War.

Tony’s family and friends attended including FVSH resident Bob Brockhaus who was on hand to give warm wishes and say a few kind words about Tony as he received the honor. Additionally, a special designation from Sunset Hills Mayor Patricia Fribis proclaiming Tuesday, February 25, 2020 as Sergeant Darwyn “Tony” Snyder Day was given. And District Director Sam Saffa also spoke on behalf of U.S. Senator from Missouri Josh Hawley.

Toward the end of the event, everyone was treated to Tony playing the American National Anthem as well as the French National Anthem on piano.
#greatestgeneration #warhero #seniorliving #independentliving #wwii #assistedliving #retirementliving