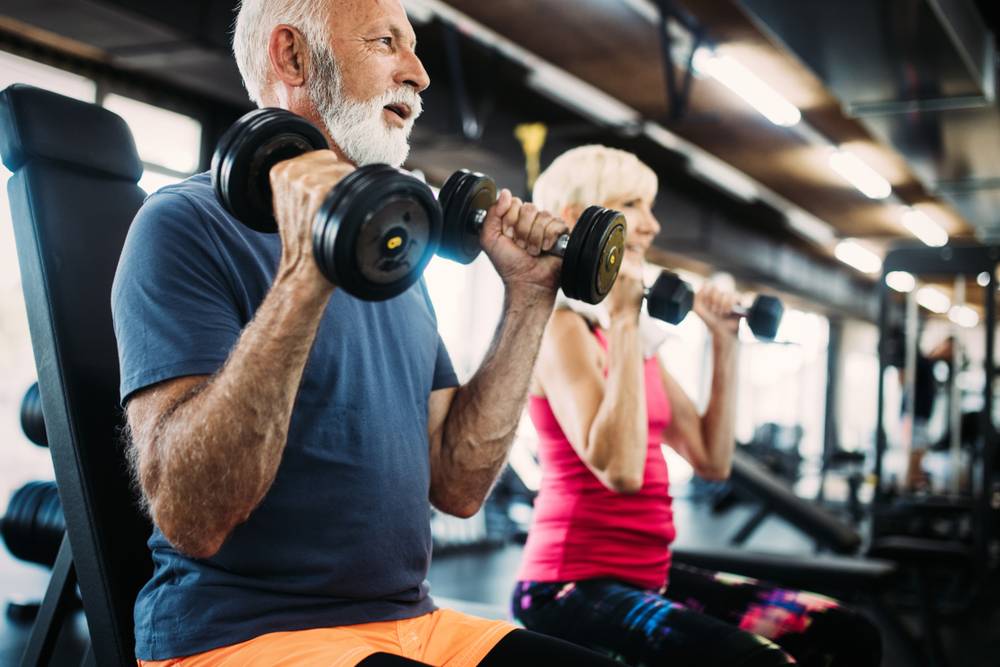 First, a few sobering statistics. The World Health Organization says around 50 million people worldwide have dementia — a number that’s projected to reach 82 million in 2030 and 152 million by 2050. And though promising treatments are being investigated today, we can only hope for a cure in the coming decades. Right now, preventing memory loss and preserving brain health and brain function are the best course of action for older adults. Is there such a thing as a memory-boosting lifestyle? Does exercise and being physically active improve memory and reduce the risk of dementia? Let’s take a closer look.

Exercise increases heart rate, which pumps more oxygen to the brain. Exercise aids the release of hormones, which provides an excellent environment for the growth of new brain cells. Exercise also promotes brain plasticity by stimulating the growth of new connections between cells in important cortical areas of the brain. One study by researchers from UCLA, published in the journal Neuroscience, demonstrated that exercise increases growth factors in the brain, making it easier to grow new neuronal connections. It’s this surge in growth hormones, increased blood flow, and expansion of the brain’s network of blood vessels that make researchers curious about the prospects of exercise reducing the risk of dementia and improving memory.

In another study, 454 older adults underwent yearly physical exams and cognitive tests for 20 years, and agreed to donate their brains for research when they died. The participants were given accelerometers, which tracked their movement and physical activity. Those who moved more scored better on the memory and thinking tests, and every increase in physical activity by one standard deviation was associated with a 31% lower risk of dementia, the researchers reported.

Yet another study by Canadian researchers at McMaster University, summarized here in Science Daily, suggests that the intensity at which we exercise is critical. They found that seniors who exercised using short bursts of activity saw an improvement of up to 30% in their memory performance, while participants who worked out at a steady, moderate level saw no improvement. The lead researcher, Jennifer Heisz, associate professor in the Department of Kinesiology at McMaster University says, “It’s never too late to get the brain health benefits of being physically active, but if you are starting late and want to see results fast, our research suggests you may need to increase the intensity of your exercise.”

That level of intensity differs from person to person, and should be calibrated to match their physical condition, preferably by their family physician. For a 75-year-old sedentary, arthritic grandmother, for example, brief intervals of brisk aqua-jogging might be considered high-intensity. For another physically active older adult, alternating one’s walking pace from leisurely to moderate might be appropriate. What’s important is that for brief intervals (a few minutes or less) the individuals feel they’re pushing the workout to their personal limit.

The Importance of Blood Flow to the Brain

The Journal of Alzheimer’s Disease documented study results showing changes in long-term memory and cerebral blood flow in 30 participants, each age 60 or older with memory problems. Half underwent 12 months of aerobic exercise training; the rest did only stretching. The exercise group showed 47% improvement in memory scores after one year compared with minimal change in the stretch participants. Brain imaging of the exercise group, taken while they were at rest at the beginning and end of the study, showed increased blood flow into the anterior cingulate cortex and the hippocampus —neural regions that play important roles in memory function.

In another study that mapped brain changes after one year of aerobic workouts, researchers at the University of Texas Southwestern Medical Center found that exercise boosts blood flow into two key regions of the brain associated with memory. This blood flow can help even older people with memory issues improve cognition, a finding that scientists say could guide future research in the fight against Alzheimer’s disease.

Other research suggests that a regular exercise program of moderate intensity over six months to a year will lead to a larger volume of brain matter that controls thinking and memory than is seen in people who don’t exercise. Another way that exercise may boost memory and thinking indirectly is by improving mood and sleep, thus reducing stress and anxiety. Is one exercise better than another in terms of brain health? There’s no definitive answer to this question, except to say that thus far, most research in seniors has studied the effects of walking. But it’s reasonable to expect that other forms of aerobic exercise that get the heart pumping might yield similar benefits. For example, tai chi has shown the potential to enhance cognitive function in older adults in areas of the brain that control planning, working memory, attention, problem-solving, and verbal reasoning. This may be because tai chi involves slow, focused movements, and requires learning and memorizing new skills and movement patterns.

Seniors hoping that exercise may improve their memory or reduce the risk of dementia should establish exercise as a habit, almost like taking a prescription medication. Perhaps start with a goal of exercising at a moderate intensity — such as brisk walking — for 150 minutes or 2.5 hours each week. Start with a few minutes a day and increase the time by 5 or 10 minutes each week. If you can reach even higher limits, set new goals to attain them. You might try increasing the intensity of your walking for intervals of 60 seconds. Whatever your regimen, to be truly effective, it should continue for life.

The faith-based, not-for-profit Life Care Communities of Friendship Village have been setting the standard for senior services in Greater St. Louis for more than 40 years. We hold our memory care programming to the highest standards of excellence, partnering with leading research organizations like the International Council of Certified Dementia Practitioners and the Center for Applied Research in Dementia. Our fitness and wellness programming lets residents participate in aquatic classes, yoga, tai chi, line dancing and many other potentially memory- boosting activities. New residents at Friendship Village can ease into a wellness routine by meeting with our full-time wellness coordinator or fitness counselor to help find the best way to stay active through our clubs and activities.

If you’re looking for a community with a welcoming, neighborhood feel, where the focus is on dignity, quality of life, personal growth and safety, you’ll find it all at the Friendship Village Memory Care Neighborhood, available at our Sunset Hills and Chesterfield locations. We welcome your questions, and we invite you to contact us any time.